Welcome to the May 2016 issue of Global Corporate Advisor.

In this issue, from the US, we have an article on how to augment value in M&A in the current scenario where there is a huge resurgence in dealmaking activity around the globe. The article draws on research based on market data and interviews with corporate executives addressing recent deals. The results of the interviews are collated into actionable intelligence, which addresses factors such as what the acquiring companies set out to achieve, the processes they used, and whether they deemed the deals successful or unsuccessful in terms of capturing value.

From Hong Kong we have fascinating on-ground insights on conducting development land valuation in Hong Kong. Looking at the prevailing market characteristics, the authors compare the use of direct comparison method and residual valuation methods, their limitations and how to overcome them to reach fair value.

We’re confident that insights from the articles in this issue will add value to the world of global corporate M&A. 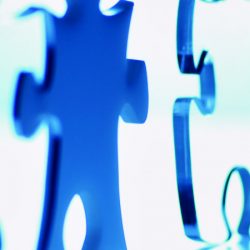 Welcome to the March 2016 issue of Global Corporate Advisor. In this issue, from France we have an article on valuation methodologies used for goodwill impairment tests under IAS 36. The piece examines relevant concepts such as measuring recoverable amount and the various scenarios in which it is pertinent to account for goodwill impairment. An article from India reports on the Ease of Doing Business index and the country’s improved position on it. Regulatory changes in processes related to businesses in various sectors are listed as well. In the last of M&A updates from 2015, we look at Canada where, fueled by macroeconomic factors conducive to a positive private equity environment, transaction values in H1 2015 reached C$11.4 billion. There is every reason to believe that some key regions and sectors are poised for a strong 2016.

Welcome to the February 2016 issue of Global Corporate Advisor.

We continue to review 2015 in M&A updates from Benelux, Brazil, Central and Eastern Europe, Italy, Switzerland and UAE. Cross-border transactions are being increasingly seen across geographies and may set the tone for 2016, affected positively or negatively by currency fluctuations.

Major transactions have continued the increased activity in both Benelux and Italy region in 2015, where the picture for 2016 looks encouraging. With several large deals crossing the €1 billion threshold, growth in both transactions and values can be expected.

In case of Brazil, although the country continues to lead M&A activity in Latin America and deal values have increased, it has seen decline in deal volumes. The currency and economy are under stress and may have an implication on pricing and risk appetite for deals, although lower valuations may be attractive to foreign investors.

In Switzerland, on the other hand, the decision to remove the CHF/EUR exchange rate floor resulted in the strengthening of the Swiss Franc since early 2015, leading to a decline in M&A activity. Domestic deal activity is expected to strengthen in 2016.

In Central and Eastern Europe, while deal activity hasn’t reached the precrisis peak, transactions are stable with Austria, the Czech Republic, Slovakia, Poland and Romania taking the lead.

With 2020 on its horizon, the UAE, our local office says, is attractive to investors, particularly as it builds on its reputation as a regional safe haven.

The first article is about the potential of the global industrial waste management services market, which is expected to rise to $750.09 billion in 2020 at a CAGR of 10%. Despite high bargaining power of buyers and intense competition, this fragmented sector can provide opportunities for acquisitions as a way to fast-track growth for entrepreneurial businesses.

The second article in this edition has a special focus on various aspects of due diligence in hotel transactions. While the process is important for any transaction, hotels as an asset class have unique characteristics, thus requiring specialised attention from legal and commercial specialistsin the sector. The feature examines complexities in transactions of single assets or a portfolio of hotel assets, with bot domestic and cross-borderbuyers.

This newsletter has a special focus on processes that form the basis of merger and acquisition activity. One of the articles discusses how to obtain value from due diligence. This is particularly relevant keeping in mind that the merger and acquisition landscape has undergone many changes in the past few years due to increased activity, complex deal structures and an increase in available capital.

The second article addresses valuation of a target and attempts to look at it from the board’s point of view. Valuation is steeped in data, yet it is also informed by judgment, making it one part quantitative science and one part qualitative art.

We also continue our updates on M&A in South East Asia in H1 2015. Our Singapore office reports that the country has seen appetites wane in the first half of 2015 but expects that deal activity should pick up in H2 2015 and H1 2016. While Hong Kong too reflected the slow pace of M&A activity in the first half of 2015 in the Asia-Pacific, China has proved to be the leading market in the region. 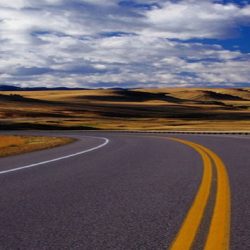